Menu
History of the Denver Highlands: Home of Kalamath 16

The Denver Highlands is an area full of rich history that created the popular and trendy neighborhood that it is today. The Highlands was established by General William Larrimer in 1858 in order for him to secure additional real estate in his goal of joining his new township into Denver city. At first, the Highlands was a city in its own right, but eventually, multiple districts filled up to what we know today as the Highlands. 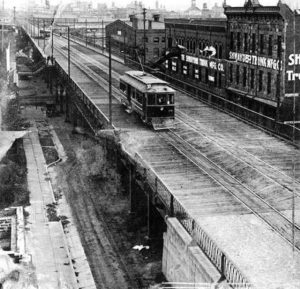 By 1871, streetcar lines crossed the rail yards and the South Platte River, which brought many immigrants to the Highlands. This influx of immigrants created tremendous growth and the goal to create a clean and virtuous community. The Highlands had high aspirations of its own, promoting clean water from artesian wells, pure air, and pure morals. This idea of a high moral character was encouraged by the exorbitant cost of liquor licenses– liquor was not banned or forbidden, but the price of the liquor licences were so high, none were issued until after Prohibition.

The Highlands was made up nearly entirely of immigrants. The first immigrants in the late 1800s were Scottish, Welsh, and German people who were then followed by Irish, Italian, and Hispanic immigrants. Different immigrant groups occupied different parts of the Highlands, essentially why there were so many districts in the town at first. One of the most popular districts was Highland Park, sometimes called the Scottish Highlands, where primarily Scottish settlers lived.

The popularity and glory of the Highlands was short-lived due to transportation difficulties crossing the South Platte River into Denver and the climb up from Denver to the Highlands. Transportation problems as well as the 1893 Silver Crash, drained the town’s finances and led to a vote by the citizens of the Highlands to annex the town to Denver.

Despite being annexed to Denver, the town still had an abundance of character that makes it the trendy and unique part of town it is today. In 1890, the popular Olinger Mortuaries business sat on top of the hill with a large light up sign. This business was notorious to the area and the sign still stands today. However, it has been transformed into “Linger Eatuaries” as a play on the original sign. People view the sign as a “carpenter of change” in the Highlands neighborhood. The downtown real estate boom over the years has created new development to parts of the neighborhood, the old mortuary is now home to a handful of shops and restaurants local to the Denver Highlands. 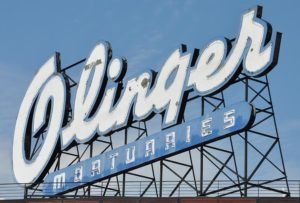 Nestled in a quiet corner of LoHi, one of the most desirable neighborhoods in the city, these spacious 1,2, and 3 bedroom townhomes are ideal for those seeking a balance of suburban and urban living. Walk to local hot spots like Avanti, Root Down, and Williams & Graham, or host a get-together on your private rooftop deck with spectacular views of the Denver skyline.