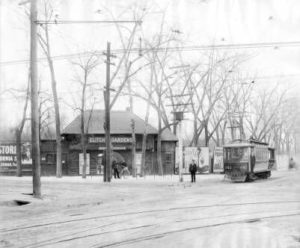 The start of Berkeley, Denver began in the mid 1800s and there have been many changes in the area to make it the charming neighborhood it is today. What we know was Berkeley today was believed to be established in 1863 when the first homesteads in the area were granted. In the following years, these homesteads were sold and eventually turned into an alfalfa farm named Berkeley Farms. Due to Berkeley Farms, the area grew to about 450 people by 1892- the people who settled here called Berkeley, the Town of North Denver! 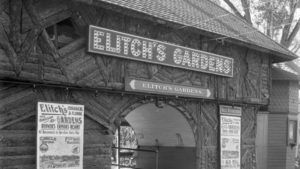 One attraction that makes Berkeley so known for what it is today is that it was the first home of Elitch Gardens! The park was built between 38th Avenue and Tennyson Street in 1890 and was originally built as a green oasis and zoological park. Elitch Gardens stayed in the north Denver location we know as Berkeley until 1994– then the park was rebuilt in Central Denver and stays in the same location that we know today!

Berkeley maintained a perfect vision for being clean and free from the dust and smoke of the city. The town aimed to drive the middle and working class residents of the city to come and reside here due to the fertileness of the land, the plentiful water supply, and the convenient amount of public transportation. Following more individuals moving into the Town of North Denver, the name was officially changed to Berkeley in 1898! This drove the creation of commercial development of small neighborhood stores around Tennyson Street. From here, the infamous legacy of small mom and pop shops along Tennyson Street is well and alive today. 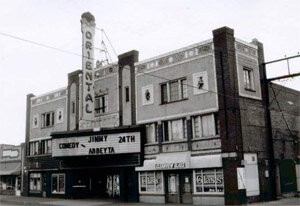 A beautiful Berkeley destination is the Oriental Theater! It has been open since December 24th, 1927 and continues to be a historic legacy for small theater shows and the occasional concert venue. It is located right off Tennyson Street and is hard to miss with a tall, white lit up sign! The theater has been renovated many times but continues to thrive and hold concerts and national acts. It remains one of the only theaters in Colorado that features exclusively classic films.

There is much fun to be had when you live in Berkeley, Denver- the shops and restaurants on Tennyson are local and yummy, the parks are spacious, and the history is incredible! Despite the changes that have affected the neighborhood, Berkeley still maintains its unique character and charm that has satisfied residents for many years. The neighborhood holds events such as the Berkeley Park Art & Music Festival, the Backcountry Film Festival, and First Friday! From large festivals to community events the neighborhood of Berkeley has you covered and you will always be amazed at what a community can bring together.

If you have ever expressed an interest in living in Berkeley, check out Berkeley Flats! This 7-unit townhome complex is located right on Tennyson Street and steps away from Berkeley Park. Come discover home in Berkeley. 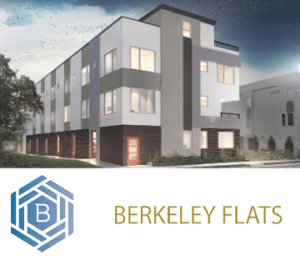 The Berkeley neighborhood, home to the original Elitch Gardens and to Denver’s oldest First Friday Art Walk, combines urban energy and walkability with the space and affordability of a suburban neighborhood.

Check out the site